Space colonization: is it a real alternative to life in the Earth?

Recently, there has been a resurgence of public interest in space exploration. Many personalities such as Elon Musk or even more recently Thomas Pesquet have contributed to the development of this renewal, accompanied by hyper-media coverage to follow their adventures. This highlighting also shows the new ambitions of exploratory missions questioning the probability of future interstellar life. With the new space housing projects, are we witnessing the beginnings of new colonization?

This accentuated communication and the public’s fascination for new missions visiting our solar system, highlight ever more ambitious research such as the colonization of Mars, space tourism, or extraterrestrial life. Among these missions, what place have the projects of cities on other planets, more specifically?

The human being, the main obstacle to the conquest of the universe

Today, physical and human limitations are the main obstacles delaying the conquest of space. The technical limits are still very present but remain especially when it comes to safeguarding a healthy human being in a cabin intended for long-distance travel. Thus, technological advances are sufficient to explore space, but without a traveler on board. Indeed, several missions have already made it possible to send robots at very great distances in space, such as the Curiosity robot which landed on Mars in 2012 and which continues to transmit precious scientific data today. 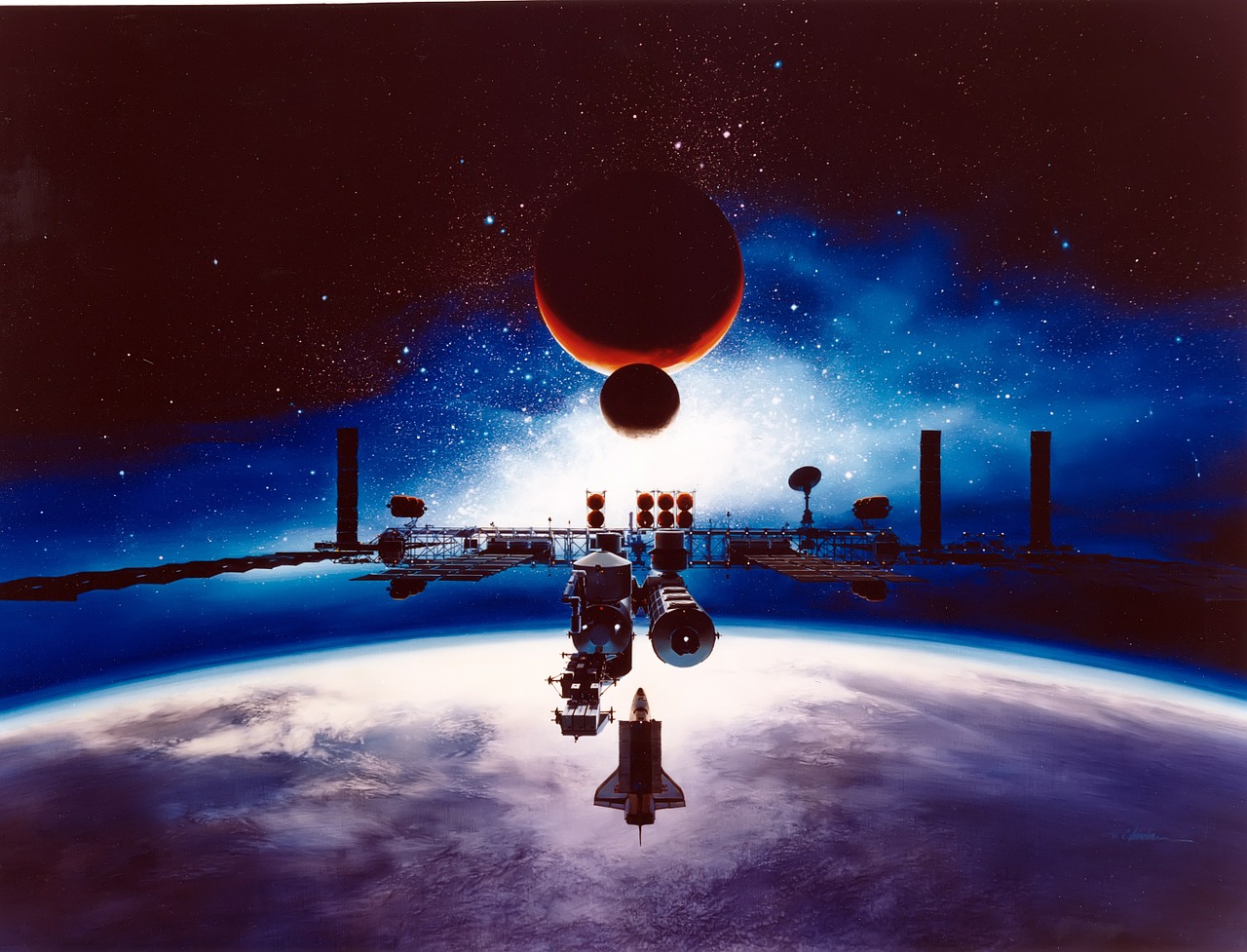 But if you replace a robot with a human being, that’s a whole different matter. Space remains a very hostile environment that is still little known, where 6 months of travel is equivalent to a 10-year shortening of life for a human being. The challenges to overcome to protect a human from space hazards are still too great. Among these dangers, gamma rays are sizeable obstacles since there is no material known to date to protect us from them. The next discoveries are therefore based on robots, effective alternatives to discovering the environment of our solar system, our galaxy, and places potentially less hostile to humans.

Until recently, advances in space conquest were more akin to ambitions linked to wars of state influence and land control from space as was the case between the United States and the USSR between 1957 and 1969, in the first years of the Cold War when the two blocs clashed on this ground to demonstrate their scientific capacities. By comparison, the exploration of space for the sake of scientific knowledge about our solar system was put aside.

Today, other areas are more fascinating, such as the daily lives of astronauts in the ISS station, space exploration beyond our solar system, and the search for alien life. The media coverage has shed light on some crazier projects, such as exploiting resources on the Moon, living on Mars by 2030, or sending tourists into space.

Among these projects, it is possible to glimpse future extraterrestrial dwellings seriously considered by actors of space exploration such as NASA. This government agency plans to colonize March in 2033. This is a project that may therefore see the light, with the recent discovery of an underground lake making living conditions a little easier on the red planet, but many constraints are still slowing the colonization of March.

To name but a few, there is a lack of oxygen and resources for food, limited solar radiation, and the absence of an atmosphere that protects our brains from solar winds. Homes must therefore be closed, self-managed places, resulting in isolation in a confined space.

Not to mention the fact that it is a very different environment, distant from terrestrial conditions, which has consequences for the health of the astronauts and decreases the chances of repatriation. Finally, it is not yet certain that the groundwater discovered is drinkable for our bodies…

Before solving all these problems considering Martian installations, other closer places like the Moon could perhaps be considered as a first step, even before the construction of Martian cities so distant. 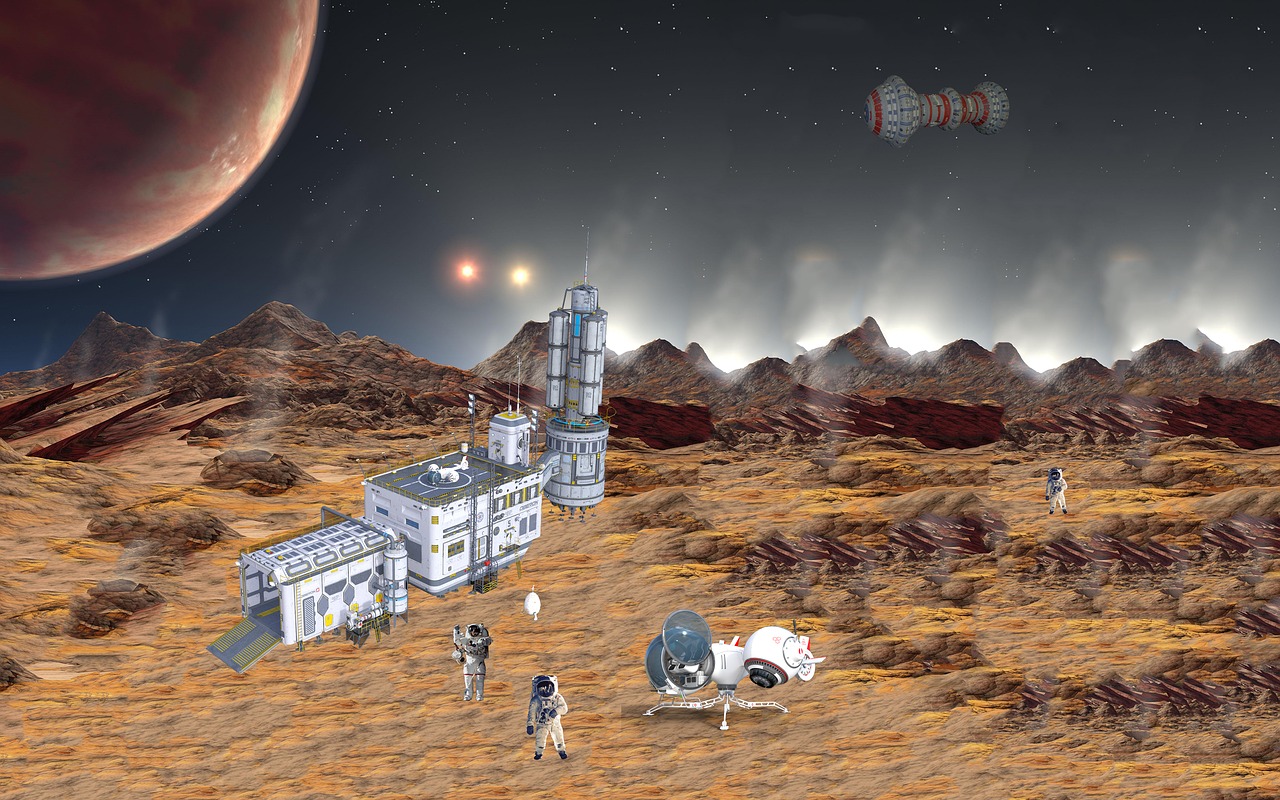 A move towards short-lived space life for commercial purposes

Human physical conditions being insufficient to live sustainably in space, we can only conceive, for the years to come, short trips to limit the impacts on the health of the volunteers. This is already done with cosmonauts when they join orbital stations like the ISS. As for the future of man in the regions of our solar system, the most likely projects allowing us to travel in space, apart from scientific missions and billionaire projects, are still being analyzed. However, new commercial issues are emerging, such as making it possible to send wealthy tourists into space at a lower cost.

Their interest nevertheless raises questions such as the quantity of fuel required for a rocket launch. The space elevator is the least expensive concept imagined in fuel. This 35,400 km construction would be used to send objects and humans directly into orbit around the earth. Japanese researchers and the Japanese building giant Obayashi launched last September the first miniature test of a space elevator, intending to make tourists travel by 2050.

Thus, mankind may be able to “colonize” them. contours of the atmosphere with orbital tourist trips of a few minutes at a very moderate distance from the earth. It remains to know the results and imagine the effects on a structure of pharaonic size.

If long-term space exploration has no future for humans, the situation may be different for the exploitation of extraterrestrial mineral resources. Moreover, this could be a sufficient source of motivation for the mining industries to invest and create moon villages. Mining on the Moon is already part of Jacques Cheminade’s program, which seeks to source iron, titanium, silicon, oxygen, and water. Seriously considered, mining drilling is not an activity without ecological consequences on Earth, so will they be in a little-known environment like that of the Moon or other planets?

What technical developments exist to make the projects viable and feed our future vision?

In the 1970s, following major advances in space and the enthusiasm generated by the conquest of the Moon in 1969, there was a public disaffection with space exploration. This is due to the heightened media coverage of failures by government agencies, although scientists were working on a lot of research. The re-conquest of the public was therefore made subsequently, thanks to discoveries and research on extraterrestrial life in space, but also by further and more concrete exploration thanks to various missions.

Also, accelerated climate change and its consequences increase the expectation vis-à-vis these galactic missions, in particular by imagining that the earth’s population could one day find refuge in space, in the ultimate case where the human impact could not have been stopped and that its consequences were irreversible.

The limits that restrict the possibilities of living in orbit are however still numerous. To survive in the long term, we should already think about raw materials, first of all, food, but also construction or repair materials, as well as energy sources. The problem remains that the Earth’s resources are not extensible and that the cost of delivery would be exorbitant.

The reproduction of the terrestrial ecosystem in space stations, as proposed by the Stanford Torus, would allow certain self-sufficiency thanks to organic matter as well as to the releases of O2 and CO2 by plants. Besides, the energy could come from solar panels or other raw materials such as hydrogen and a nuclear fusion power plant that is likely to be built soon.

For materials, apart from technical and technological innovation, and critics aside, scientists seek to further explore the universe in search of asteroids and stars which, similar to the earth, could offer new raw materials. It would also be an opportunity to discover new sources of fuel, in limited quantities on earth.

However, this long journey remains complex due to unsuitable materials for the remoteness of Earth’s orbit leaving the occupants of the spacecraft vulnerable to space radiation. The notion of time is not the same on earth as it is in space. It takes 4 light-years to reach the sun, which is equivalent to 25 years on earth. It would already be necessary to reach the speed of light to limit the travel time, and even doing this, the travel time remains important.

Over the years, Bezos has made himself inaccessible to journalists asking questions about Amazon. But he shares his faith in space colonization with a preacher’s zeal: “We have to go to space to save Earth.”@Ise0luwa @akinakintayo12 @ponder68 Seen this?https://t.co/p2BMTTf9wC

Rethinking the conquest of space through the prism of ecological issues

The democratization of access to space missions and their challenges allows everyone to follow the research, discoveries, and technological advances obtained and to project themselves living in the space. However, despite the passionate missions, the physical limits are such that humans are still far from being able to stay in space for medium or long periods. Between dreams and prototypes, space cities are only in their infancy and are unlikely to grow until we find sustainable ways to get to space.

Of course, the interest in space exploration remains intact to understand our universe. Current projects are legitimate if they focus on discovering our solar system, and why not? Even beyond, as it has already been done with the Voyager probe. But one of the dangers of this exploration is that its actors consider that it is the solution to terrestrial problems and that, by the latter, the rest of the population and the funding are confined to feeding aerospace challenges while forgetting to deal with the terrestrial challenges which have been waiting for us for several years and which demand our full attention.

It is also this same challenge of preserving our planet that must motivate space research because it is by sending two satellites, Merlin and MicroCarb, planned by CNES, that we will be able to continue to address the climate issue. These will be able to measure greenhouse gas emissions more accurately, like orbital whistleblowers. Perhaps tomorrow our cities will not have their equivalent in space, nevertheless, the conquest of space has always more impact on our terrestrial cities, offering digital tools possible thanks to satellites and a more detailed analysis thanks to the geolocation. What other yet ignored possibilities will exist for our cities in the future?

How close are we to the secrets of the space?

A long stay in space will therefore involve compensating for these problems and the list of consequences of a long stay for the human body in space is not exhaustive. The other obstacle to living in space concerns the living conditions on the other planets in our solar system. Without heavy and expensive equipment, they are uninhabitable.

The Moon and Mercury have no atmosphere, Mars is unbreathable, the temperature of Venus rises to 450 °… 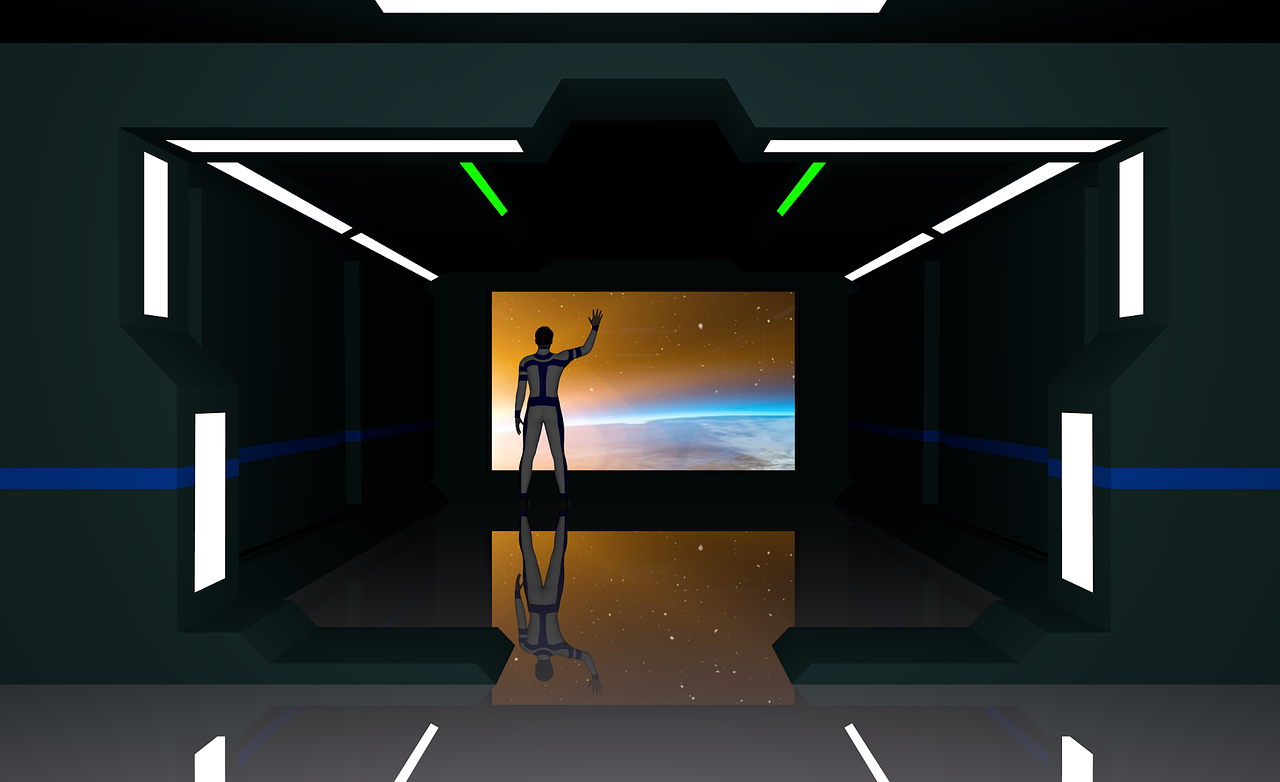 For the Moon, bases in the form of giant bubbles sheltering the population could be considered. On Mars, if we could warm the ice at its poles, humans could change atmospheric conditions and introduce living microorganisms to produce oxygen and make it habitable.

The cost of these ideas is huge, like the technical challenge represented, which suggests that this will remain a utopia. The Moon, however, remains an accessible target. By 2030, a permanent base should be installed there like the one installed in Antarctica. If it is a success, we can imagine that the lunar population will grow and that one day the Moon will become a nation.